Las Fallas is a festival held between 15th to 19th March in various locations including Valencia and Denia, although falleros events begin on the last Sunday of February.

We also talk about “Falla” when we refer to “fallero monument” which is a figure several meters high made of high papier-mache, polyurethane or expanded polystyrene. Each Falla has an important significance. This is explained on signs in Valenciano.

It is a pyrotechnic show which is a noisy but rhythmic composition which is included in the celebrations of thousands of locations, especially at Fallas parties. Some mascletàs are musical because they imitate songs and explosions often go from strength to strength, achieving a spectacular finish.

Where did the tradition of mascletàs and firecrackers come from?

It is said that gunpowder was invented in China when the Taoists tried to create a potion for immortality. Then the Arabs brought it when they occupied the Iberian Peninsula in the early thirteenth century. In the late eighteenth century “els mascles” (males, in Castilian) firecrackers were thrown at the feet. The person who could handle the most firecrackers was the “most macho”

Then, began the tradition of tying these firecrackers with ropes and this evolved to the current “mascletà”. Do not miss the mascletàs during these Fallas in Dénia!

Check out our presentation with vocabulary and highlights of the Fallas in Denia:

Happy Fallas to everyone!

Learn about Easter in Spain and Spanish vocabulary.

How is Easter celebrated in Spain?

In Spain, Easter (Semana Santa) is a religious celebration when the brotherhoods (cofradías)  organize processions (procesiones) in which the Nazarenes (nazarenos) or penitents (penitentes) take statues to the street.

Here is some vocabulary for Easter in Spain: 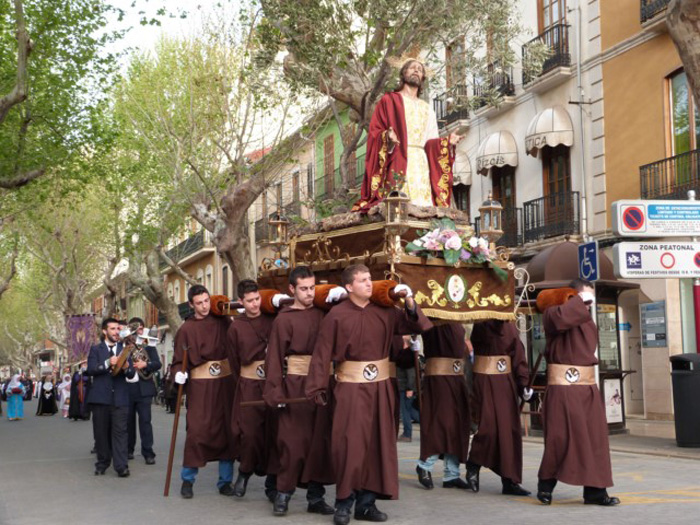 Some of the most noteworthy cities in Spain for their Easter celebrations are Seville, Malaga, Cuenca, Valladolid, Zamora, Leon, Salamanca, Cartagena, Hellín and many more throughout the Spanish geography that are declared Fiestas of International Tourist Interest .

In the province of Alicante these include Easter in Orihuela, Easter in Crevillente and Palm Sunday Procession in Elche. END_OF_DOCUMENT_TOKEN_TO_BE_REPLACED 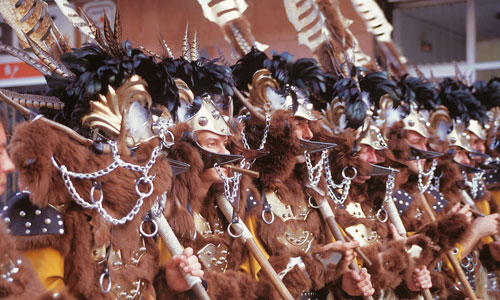 Download here the programme of the Moors and Christians Festival in Dénia 2017.

With the celebration of the Moors and Christians Festival in honour of Sant Roc, the streets of Dénia will be brought back in time during the festivities. They will take place from 13th to 16th of August, although there are some events at the beginning of the month.
These festivities are held to remember the fight that took place between Moorish and Christian people over the territory of Spain, a fight that ended with the recapture of the territory by the Christians and the stop of the centuries-long occupation of the Moors.

This period of history will be presented through events such as the landing of the Moors at the port of Dénia which symbolises the invasion on the part of the moslems of the territory. This event is followed by the sign of the truce by the ambassadors of both sides at the plaza del Consell. The Moors decided to breake the ceasefire and the Christians took up arms.

Once the battle of the territory has begun, you can see the Moors and the Christians in their traditional uniform and the “filaes” marching and proudly defending their pride. This pageant will walk through the main streets of Dénia: on 14th of August the younger ones and on 15th (the “día grande” of the festivities”) the adults. This pageant is the most important act of the festival. The unfolding of music, grace and art of both fronts will amaze the viewers.

On the last day of the festival (16th of August) the disembarkation of the Christians takes place, on which the “festeros” of the Christians come to the port and challenge the Moors (the parliaments). The meeting will culminate in a fight, “la batalla de arcabucería“. The Moors can not defeat the Christians (milagro de la niebla) and finally surrender (la rendición).

Despite of this result of battle, the festeros march toward the plaza de Convent in an informal pageant to listen to the hymn of Dénia.

The festivities will finally end at midnight with the artificial fires of the castell. The fire you can watch from the beach marks the end of a magical and unforgettable night.

It’s a festival in honour of the history, the tradition and the magic of a town, which revives the spirit of the past every year. If you visit Dénia for this Festival, you won’t forget it!